COVID Update: Book EXIT with confidence. Reschedule up to 24 hours in advance.

4 of our Favourite Codes and Ciphers from History 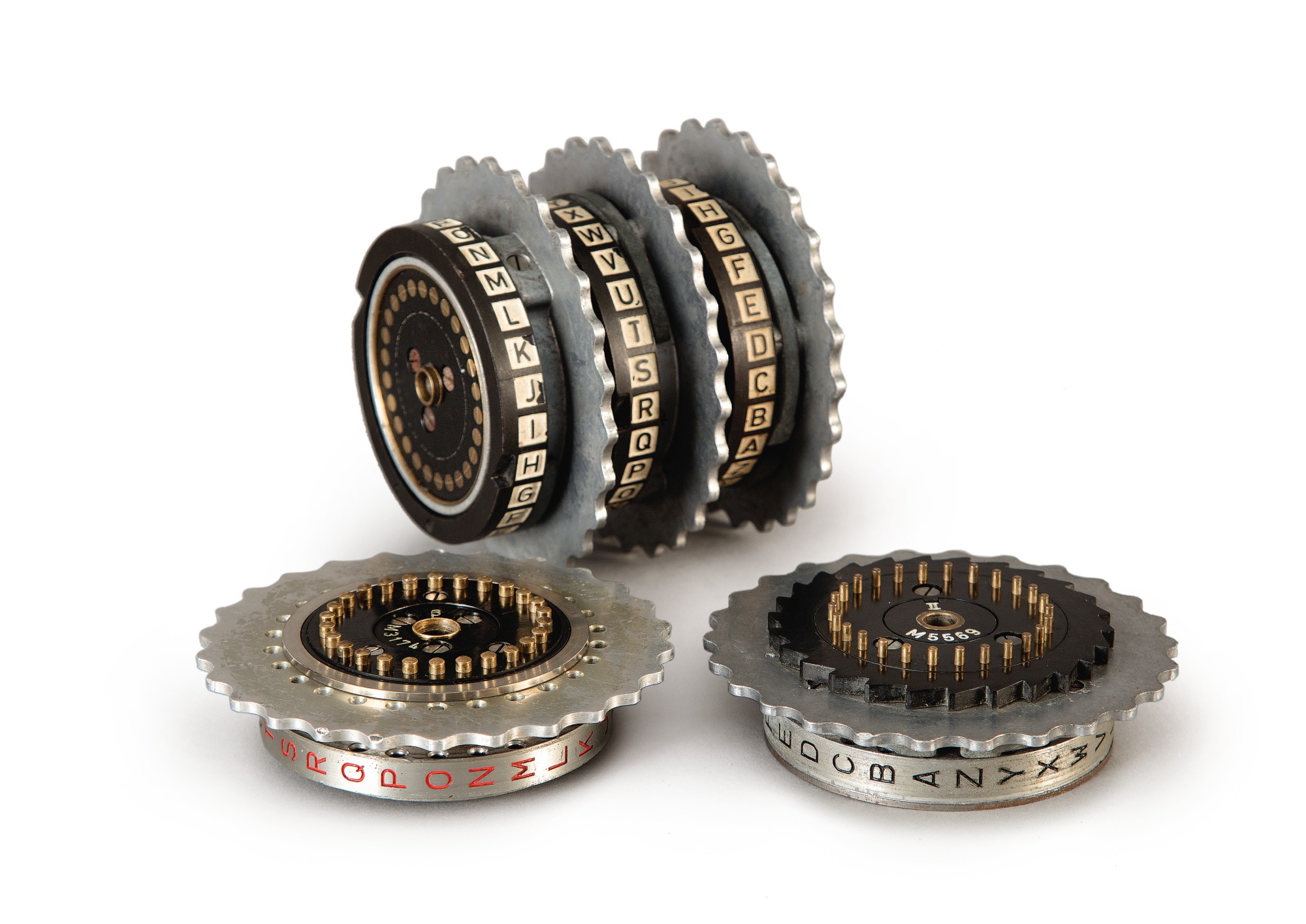 In escape rooms, the puzzles are the main attraction and main source of all the fun! That’s why here we're looking at an ancient type of puzzle that's found all over the planet and throughout history: codes and ciphers. So, from two-thousand-year-old codes to codes that took centuries to crack, to codes that weren’t even meant to be codes at all, let’s dive right in!

As you may be able to guess from the name of this cipher, this particular coding method was made popular by the Roman general and statesman, Julius Caesar. He used it when sending messages about his military forces. The Caesar Shift is one of the most common and easiest ciphers to use, and is even still used today. It works by simply moving a set number of letters down the alphabet! Caesar’s preferred amount was three letters to the left, making his name JULIUS become MXOLXV.

Can you solve our own Caesar shift here:

A handy tip is to try and find the most common letter in the English language E, and work from there!

Featured in the famous film The Imitation Game (2014), the Enigma code was cracked by mathematician Alan Turing and his team during the second World War. The Enigma was a cyphering machine used by Nazi Germany’s military force during the war, and was difficult to crack as it made an entirely new code daily! Not only that, the different rotor and plugboard positions meant that they were over 158 quintillion settings.

A top-secret base was set up in Bletchley Park, Buckinghamshire and Turing, along with his team of code-breakers, developed a counter-cyphering machine called the Bombe. The Bombe deciphered German Navy messages, and this meant that the allied forces could know where U-Boats were positioned in the Atlantic and avoid being intercepted.

The word hieroglyphs translate to ‘sacred carvings’ in Greek, and was the main form of writing for religious texts and in Ancient Egypt tombs over five thousand years ago! Not meaning to be a code or cipher at all, historians struggled to understand this written language for hundreds of years due to it being so different to any other modern alphabet. It took them centuries to crack, with it only being understood around two hundred years ago.

Edgar Allan Poe was an American writer who became famous for his macabre poetry and short stories. However, less well known about him is the fact that he loved solving codes! In 1840, Poe published an article asking the public to send him coded messages and promised prizes to those that sent any he couldn't crack. Poe then published two coded messages from a 'Mr W.B. Tyler', which many historians believe to have been a pseudonym for Poe himself, claiming that he could not crack them and asking the public for help. These messages were only cracked in the '90's, and even now it is unknown what the true meaning of the messages is. See if you can have a go at solving the message below:

These are some of Exit Newcastle's favourite historical codes. If you have any fun facts or interesting codes to crack, feel free to send them in to us! And if you love solving puzzles as much as we do, book an escape game with us here.